Waggoner and Soldier of Beckley, Sussex, and my great uncle.

My great grandfather, Frederick, survived the war.  Several of my other relatives were not so lucky.  Frank Thomas Beale was my great uncle, my father’s mother’s brother.  He was the oldest child, and only son, of Percy and Phoebe Beale, who lived in the village of Beckley in Sussex.  Frank had been named after Percy’s brother, who died in 1874 aged just 22.  (According to the death certificate, the first Frank died of a “kidney injury”.  I have a feeling there is  more to this story, but I haven’t been able to find it yet).

At the time of the 1911 census, Frank was single still living at home with Percy and Phoebe, working as a waggoner.  Unfortunately, his war records were amongst those destroyed in a fire caused by a WW2 air raid, but the Royal Sussex Southdowns were kind enough to send me the information they held about him.  Frank enlisted at Eastbourne, Sussex in October 1914.  Frank’s training lasted eighteen months, and on 6th March 1916, the battalion landed at Le Havre for combat in France and Flanders.  They fought in the Somme, and at Passchendaele, alongside Frederick Downing’s regiment, the Sherwood Foresters. 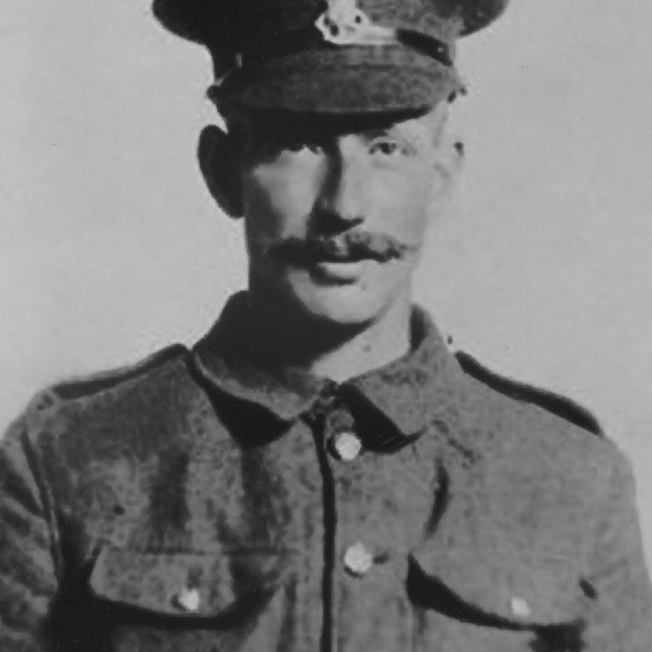 But Frank didn’t make it that far.  On 29th April 1916,  less than two months after his arrival, at camp in Gorre, he was shot and killed by a sniper.  Eighteen months training, and his life snuffed out in a split second, without ever engaging in combat.  When I first read of this, I thought that this was even more of a senseless waste – at least if he’d been killed in battle it would have felt like he’d achieved something.  But now, having learned more about Passchendaele and the Somme, I’m glad he died quickly and didn’t suffer.  At least he was spared the hell of drowning in a mix of mud and dismembered body parts.  At least he didn’t end up in an anonymous grave in Tyne Cot, known only unto God.

Frank is buried at Guard’s Cemetery, Windy Corner, Cuinchy (not far from Lille) and I hope to visit his grave in the future.  His medals were sent home to Phoebe with  a heartbreakingly formal letter. 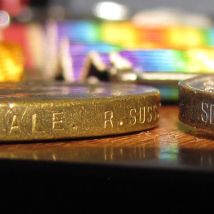 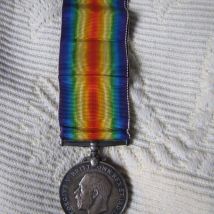 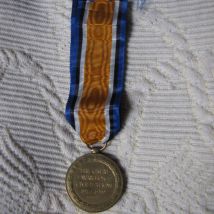 With Frank’s death, the Beale name – a name that goes back centuries and has a fascinating history that I’m sure will feature in future entries – died, at least for our branch of the tree.  His surviving sisters all married and changed their names.  The medals were left to my father, and are kept safely with the medals that my father went on to earn for himself in WW2.  My father’s name?  Frank, of course.