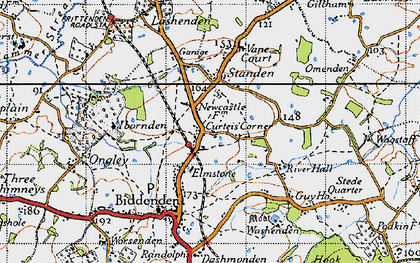 Charles Richard Curteis/Pilcher 1836-1915 Runaway to New Zealand and my cousin three times removed This is a lovely example of how DNA evidence and family hearsay can come together. One of my DNA matches, RP, caught my eye.  We shared enough DNA to be approximately third cousins, and had a number of more distant matches … END_OF_DOCUMENT_TOKEN_TO_BE_REPLACED

John Beale 1811-1873 Farmer of Biddenden and Beckley and my great great grandfather.   Rich Richard Beale, 18th century dog doodler and Twitter sensation, had eleven children.  The second youngest was my great great grandfather, John.  I have been lucky enough to receive some copies of letters once in the possession of my 3rd great … END_OF_DOCUMENT_TOKEN_TO_BE_REPLACED

My fourth cousin Geoff and I had reached different conclusions as to the identity of our 6th great grandmother, as discussed in this post.  A quick summary is that in 1705, there lived three Richard Beales - our ancestor (Tombstone Richard), his cousin (Other Richard) and some random Richard in Wadhurst (Wadhurst Richard).  One of … END_OF_DOCUMENT_TOKEN_TO_BE_REPLACED

It appears that my great great great grandfather has gone viral, nearly 200 years after his death. The Museum of English Rural Life, in Reading, has acquired various bits of Beale memorabilia - mainly farming diaries and account books.  But one little book caught their eye more than others: the school maths book of 13 … END_OF_DOCUMENT_TOKEN_TO_BE_REPLACED

I had a very frustrating day at the Kent Archives yesterday! I had four Kentish Questions that I needed answering: I wanted to know the name of a father of an illegitimate baby who was born in Buckland in 1865.  There is a slim chance this might appear in the baptism or workhouse records.  But … END_OF_DOCUMENT_TOKEN_TO_BE_REPLACED

Elizabeth, wife of Richard Beale (1663-1757) Clothiers of Biddenden, Kent and my 6th great grandparents There's been quite a few posts on this blog about unidentified fathers, but this is my first unidentified mother! I was very pleased to get an email from my Beale cousin, Geoff West, the other day.  Geoff was one of … END_OF_DOCUMENT_TOKEN_TO_BE_REPLACED 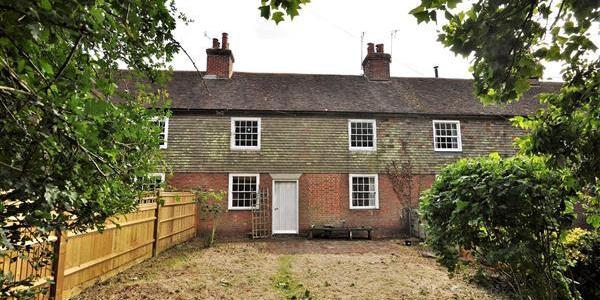 Ambrose Whibley Remington, 1762-1846 Gardener of Hunton, Kent, and my 4th grandfather I will confess my sins now.  When I was very new to genealogy, I committed one of the cardinal sins.  Excitedly coming across some other people's family trees that featured my ancestors, I copied names, dates and places to my own tree without … END_OF_DOCUMENT_TOKEN_TO_BE_REPLACED

Seaman Cooke Beale,  1742-1789. Wharfinger of London, and my 4th great grandfather. It's the ancestors closest to home that get neglected.  After all, I've lived in London all my life.  I am very familiar with London Bridge - I used to live a short walk away.  I've walked past Southwark Cathedral a million times.  There … END_OF_DOCUMENT_TOKEN_TO_BE_REPLACED

Eleanor Hope, 1767-1838 Single Mum and Garden Digger, Frittenden, Kent, and my 5th great grandmother I wrote a little about Eleanor Hope when I told you about her son, Thomas Sharp Hope, the ancestor who took my genes to New York, Kalamazoo and beyond.  Last week I visited the Kent Archives in Maidstone in the … END_OF_DOCUMENT_TOKEN_TO_BE_REPLACED

Last time I wrote about the Beales of  Biddenden.  My Beale ancestor was not a Richard, but John Beale, the ninth of Rich Richard's ten children.  Though not as wayward as his brother Crusty Richard, John also provided his share of headaches to the Beales.  John's mother's (Frances Beale, nee Witherden) letters are kept by the Biddenden History Society, and according to a Beale cousin who has seen them, she was in frequent dismay at John's behaviour, which included gambling and sending his washing back to River Hall.  Frances also expressed disapproval at John's choice of wife, Elizabeth Hope, so much so that she apparently forbade the marriage.  John seems to have paid lip service only to her wishes and had four children with Elizabeth out of wedlock, giving them the surname "Beale Hope", before finally marrying her in 1850, four years before his mother's death but long after his father's.  They went on to have another ten children after the wedding! Why did the Beales disapprove of Elizabeth so much?